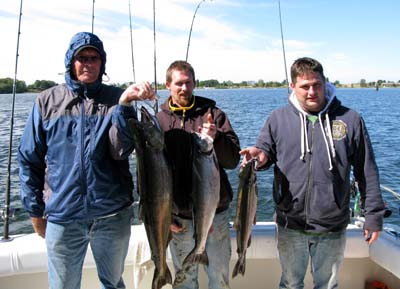 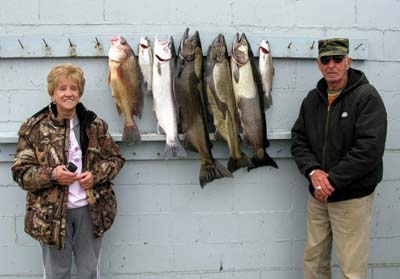 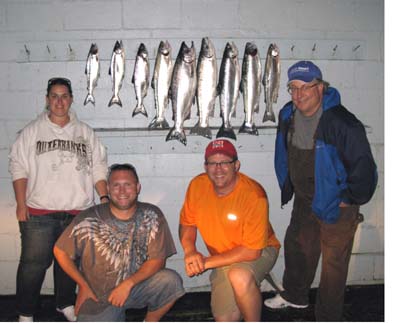 A morning storm prevented us from going out this A.M. so we rescheduled the trip for the afternoon.  We headed out southwest of Ludington and set up in 180 feet of water (fow). We trolled out to 420 fow and then back in to 180. We had 14 bites and landed 9 of them. Our hot rod was an out down set at 60 feet with a pair of regular size Fuzzy Bear Yellow Tail spoons. We took our biggest Steelhead on a mag size Fuzzy Bear Yellow Tail on a 300 copper. The surface temp was 68 degrees, but that didn’t stop a Steelhead from hitting a Super Slim Steelie Dan on a 3 color core. We hit two fish on high divers out 110 & 120 with Monkey Shine Super Slims.