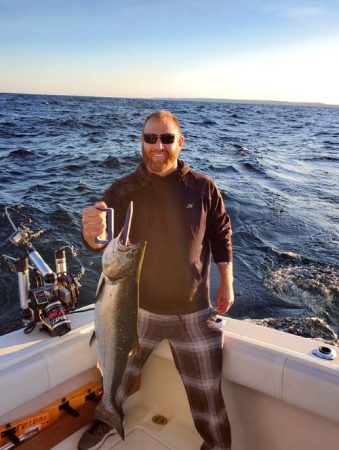 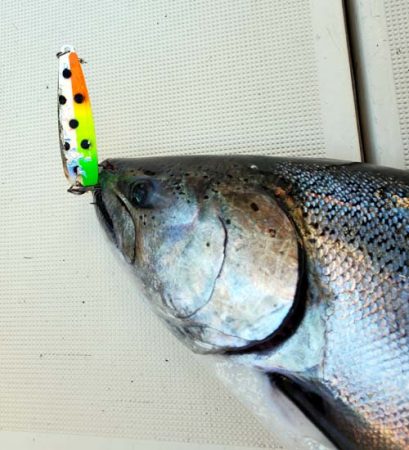 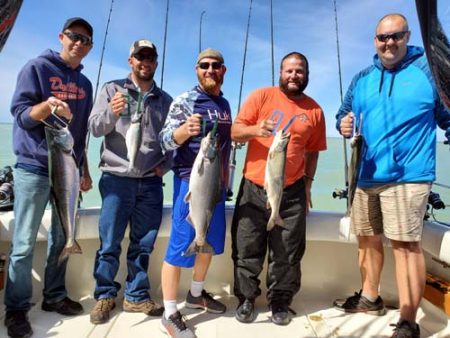 It was rough out there today. Our crew wanted to fish so we went south and set up in 100 feet of water and made a long down troll. Just after daybreak we took a King on a 175 copper with an orange glow spoon. Next rod to go was a DW Rasta Goose, pictured above, on a 200 copper. We took the King in the top picture on it. That setup has taken at least one hit our last several trips. With the big waves it was tough to get a good troll. We worked between 100 and 150 feet of water. We marked lots of bait but not many fish. We took a Trout bouncing bottom with a 10″ Chrome Spin Doctor/Chrome Chartreuse WhirlGig and another Trout on a low wire diver out 200 with an 8″ Spotted Richard Spin Doctor/Yellow Mirage Action Fly. We had a total of six bites and boated five fish. We use Dreamweaver Premium Strips in all our meat rigs and pull our lead core and Morgen’s Tackle copper with Dreamweaver Ninja Boards. 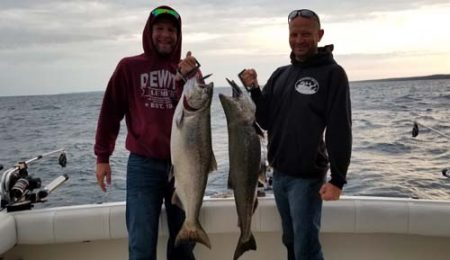