We weren’t sure what the Lake would be like this morning after yesterday’s storm We were guessing it would have cooled off. Not so, it was 60.2 on the surface and 51 degrees 70 feet down on our Fish Hawk. We set up a little south of Ludington harbor in 75 feet of water. The picture on our sonar unit looked good but we didn’t get a bite until we moved out deeper. We made a long north troll and the action was steady. Our wire divers started out good with 8′ Chrome Spin Doctors and Wonder Bread WhirlyGigs on both low wires and one high wire. We had a Clown Spin-N-Glow behind an 8″ Chrome Spin Doctor on the other high diver. Our riggers started going a little later. Our best rigger was an out down with an 8″ Lake Trout Candy Spin Doctor/Chrome Blue Glow Wing WhirlyGig . We took four Trout on it bouncing bottom. 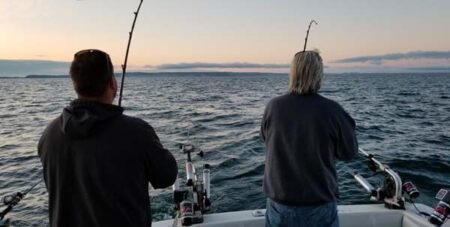 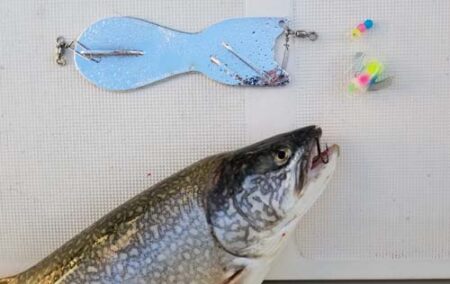 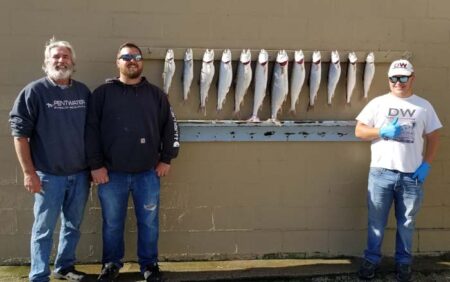