It’s a little hard to keep writing these reports when we are doing basically the same thing every day. The fishing, weather, and water have been pretty consistent the last several trips. Set up southwest of Ludington in 80 feet of water. Put it on a north northwest troll, catch fish. Its hard to remember when the Lake Trout fishing has been consistently this good. Hope I just didn’t put the kiss of death on us. It could all change tomorrow. Hope it doesn’t, but it sure could. Our low wire divers ticking bottom were hot today. We had 8″ Chrome Spin Doctors/WhirlyGigs on both of them. The port diver had a Chrome Blue WhirlyGig with Glow Wings. The starboard had a Wonder Bread WhirlyGig on it. The Chrome Blue took todays biggest fish(pictured below). A White Pink Dot Spin-N-Glo was good on an  out down. We did hit a King on a 225 copper with a mag DW Green Jeans but it got off. Our crew did a great job with almost a 100% landing percentage. 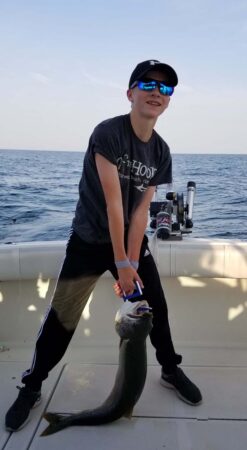 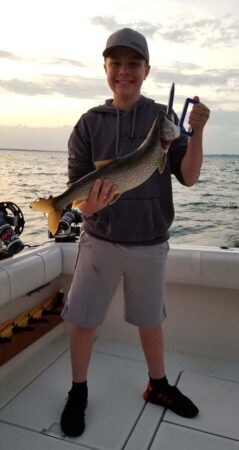 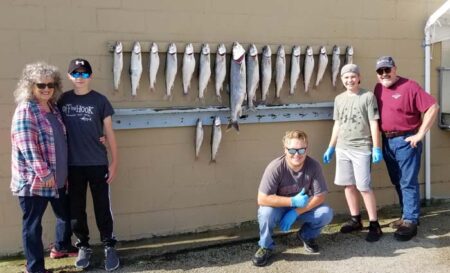