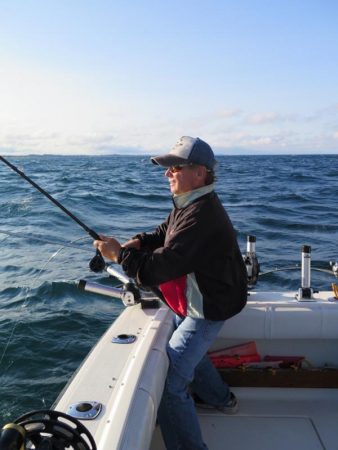 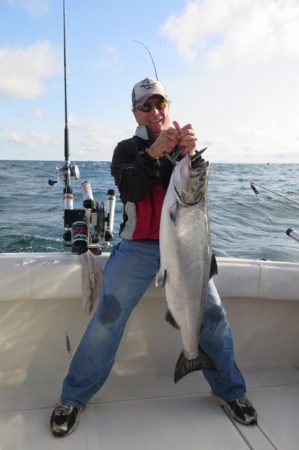 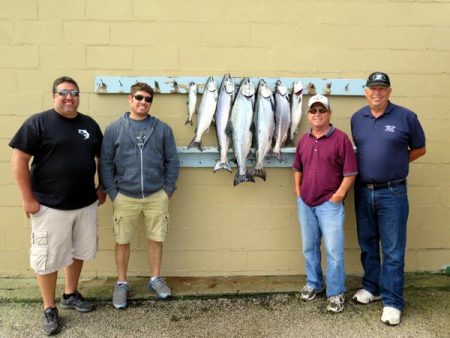 We fished north today. It was rough but our crew wanted to fish. We set up in 130 feet of water south of the Point. It was tough to do a north south troll because the big waves were pushing us up on the bank. We hit our first fish early on a northwest troll. It came on a high wire diver out 120 with an 8″ White Slick Spin Doctor/Pickled Sunshine Action Fly. That rig took another King on our high wire and we missed another on  our low wire diver out 90 with the same combo. We took a small King on a 175 copper with a spoon and missed one and landed a 25 pounder pictured above on a 7.5 color core with a glow spoon. We took another nice King on a high wire out 130 on an 8″ Scotty Blue Glow Spin Doctor/ Ocean Mist Action Fly. Our last fish, a Laker, hit an 8″ Mountain Dew Spin Doctor/ Blue Bubble Action Fly. The Lake wasn’t getting any calmer so we decided to make it a 5 hour trip instead of the scheduled 7 hour trip.