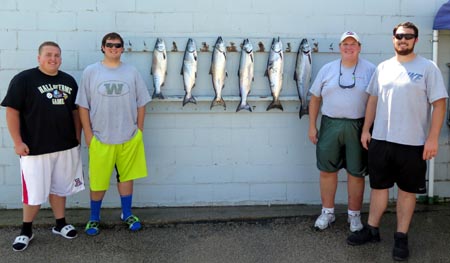 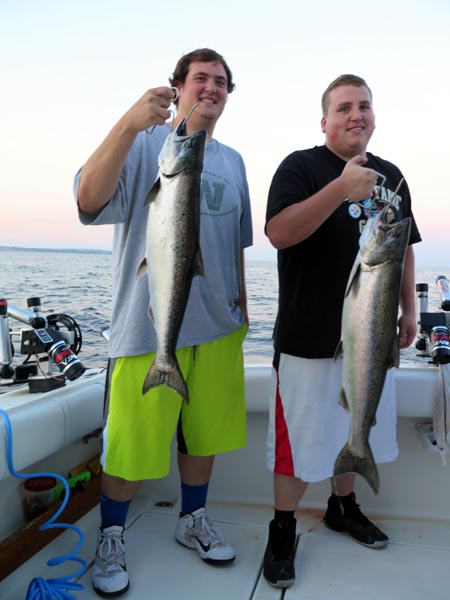 We set in north of the point today. Not much of an early morning bite for us again this morning. We took a King on an out down set at 50 with a pair of regular size Dreamweaver Raspberry Carbon spoons. A high wire diver our 110 with a 10″ Kevin’s Girlfriend Spin Doctor/Green Mile Big Water Meat Rig took a rip and that was it. A little later we took a King on a blue glow spoon set at 45 ft. on an out down. While we were fighting that one another King hit a  Dreamweaver Natural Glow Captain’s Choice Cut Plug on a 225 copper. We boated both those. It was slow going after that. We took a Coho on a Wonder Bread Captain’s Choice Cut Plug 55 down on an out down and a King on a Super Slim SOG 65 down on an out down. Our crew didn’t lose a fish that was hooked up.