Fished north today. We hit 2 Kings in the dark, both on plugs. First was a 225 copper with a Green Black Ladderback Captain’s Choice Cut plug and the other on the same plug on a 200 copper. The one on the 200 got off and we boated the other one. It was a nice King. Right at daylight we hit another King on a 10 color core with a plug. After a long fight it ended up in the box. It was a long time before we hit another fish. We marked some fish south of the Point but not many north of it. We were going to turn back south but talked to a boat fishing further north that was marking fish and had recent action so we kept going. We took 2 more Kings on the north troll. One on a 300 copper with a mag Fuzzy Bear UV Wonder Bread and the other on a 10 color core with a Captain’s Choice Wonder Bread Cut Plug. Five bites four fish, and no meat or flasher bites. It’s  like you better hope you are on fish early and make the most of your bites or it’s going to  be a long day. We use Dreamweaver Premium Strips in all our meat rigs and pull our coppers and cores with Dreamweaver Ninja Boards. 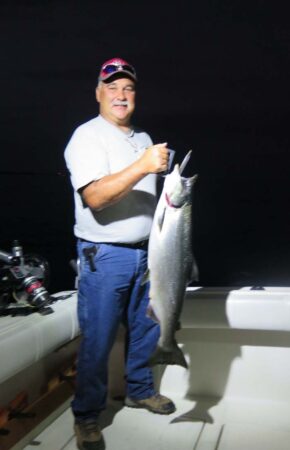 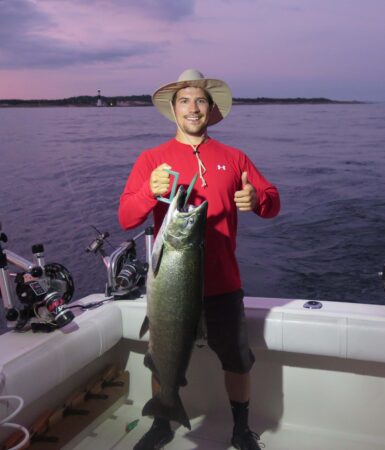 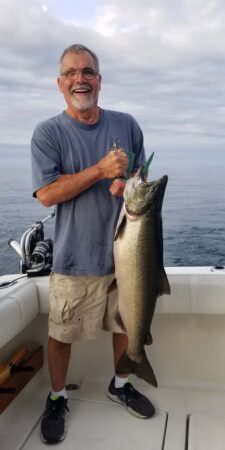 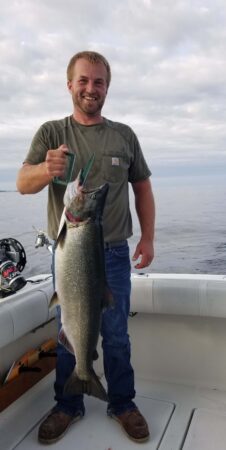 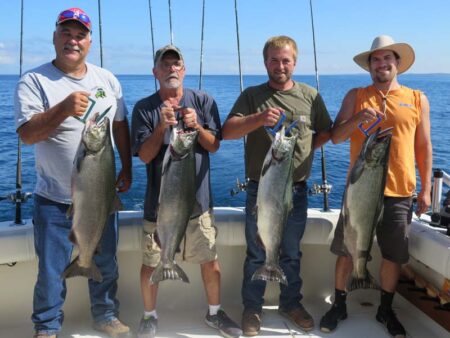