After leaving the dock a little late as we debated the wave conditions, we decided to go to the pierheads and take a look. The conditions looked good and we headed north. I ran north to 01.8 in 140′ before I found a spot to set in. We started setting rods and about 7 rods in the 300 copper took off in the dark. It had a Ghost Ace hi plug on it. While we fought that fish, the High diver at 240′ went off with a black ladder back Ace Hi. That fish came off but we landed a nice 3 year old on the 300. Started getting rods reset and the outdown went at 85′ with a pair of Dreamweaver SS Super bread spoons free slid. A nice king that we fought all the way to the boat and the hooks pulled out. The outdown went again at 85′ this time with a #3 silver horde pinkie. Another 3 year old king. The same high diver went again and we lost that one. The other high went at 240′ and we caught a mature king. That came on a Dreamweaver zebra captain’s choice plug. Another bite on the super breads at 85′ brought a nice mature king that took out over 700′ of line. While we fought that rigger both low divers went. One at 125′ and the other at 140′ one with 10 White Slick spin doctor with a pickled sunshine meat rig and the other a 10″ Kevin’s Girlfriend with a BWT Green Mile meat rig. Both of these rigs went multiple times and produced fish later in the trip. We had quite a few more bites on riggers and diver but lost a lot of fish today. Just couldn’t keep them stuck. We turned it around and boated or last 2 bites, one on the rigger with SS Super Breads and the other on the low diver with the white slick pickle rig. A great day on the water and we ended up 10-19. 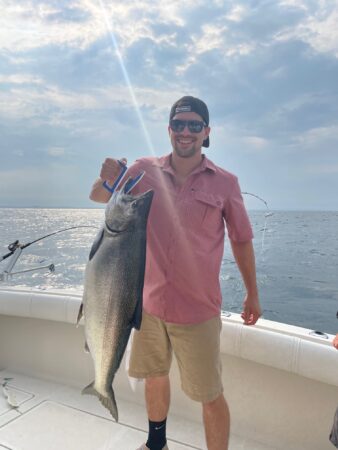 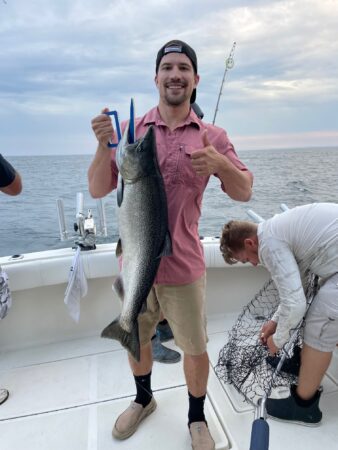 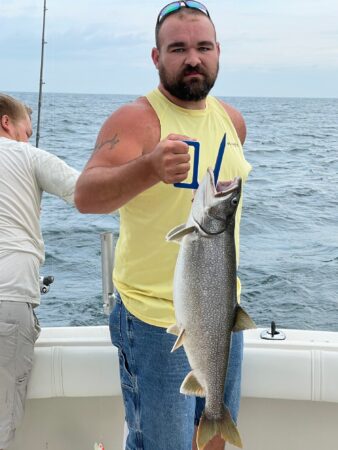 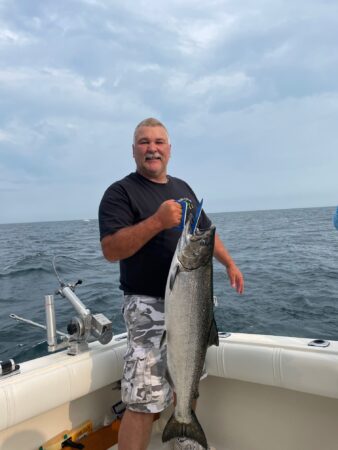 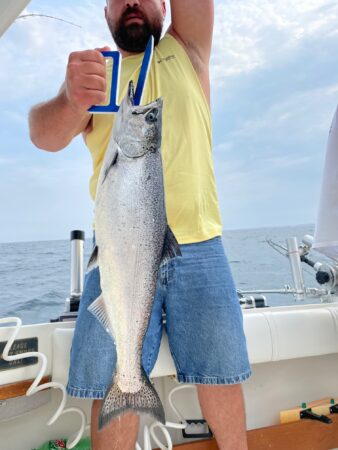 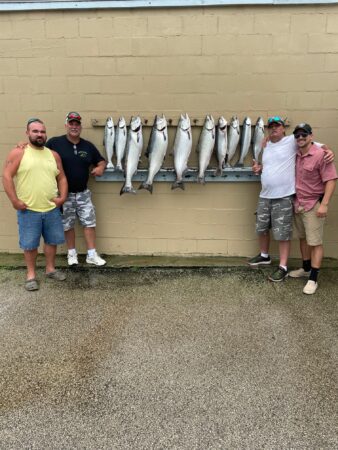