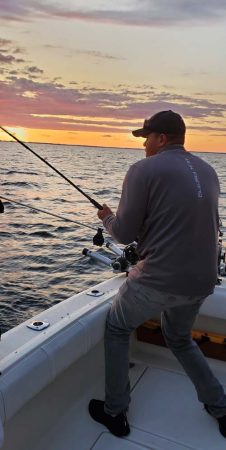 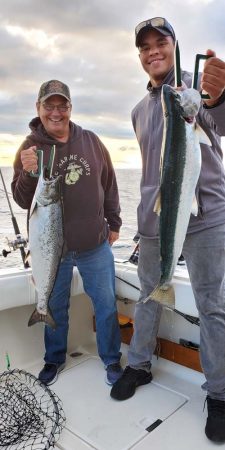 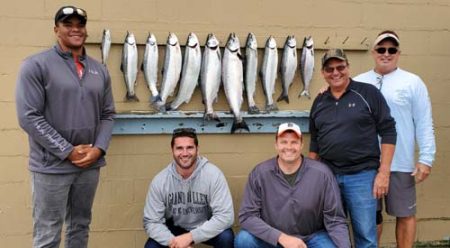 We fished south of Ludington today setting up in 240 feet of water and put it on a 220 course. We hit a fish right away on a low wire diver out 150 with a 10″ Blue Bubble Spin Doctor/Vanilla Ice Big Water Meat Rig. The fish put up a good fight and ended up getting away. We took a Steelhead later in the trip on the same rig. Our out down set at 75 with a Super Slim Green Skinny Jeans free sliding above a DW Green Skinny Jeans went 4 times , twice on he main and twice on the slider. The other out down set at 85 went once with a pair of DW Super Bread spoons. We took a Coho on a 10 color core with a Yeck Fireball and another Coho on a 300 copper with a Super Slim Blue Skinny Jeans. We changed our chute rigger set up several times and finally took a Steelhead 105 down on a mag Fuzzy Bear Green Jeans. We took 2 fish on a 250 copper with a regular UV blue glow spoon and lost one and caught a Steelhead on a 200 copper with a DW Rasta Goose spoon. Or best troll was the 220 troll. We turned back in when we hit 420 feet of water. Only took 1 fish on the in troll. The wind switched and the waves started building from the southwest. We tried several different angles to get a good troll but none of them worked as well as the 220. We use Dreamweaver Premium Strips in all our meat rigs and pull our lead cores and Morgan’s Tackle copper with Dreamweaver Ninja Boards. 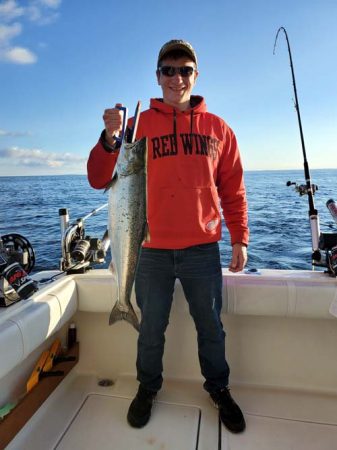 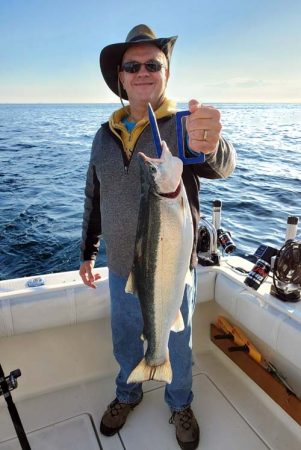 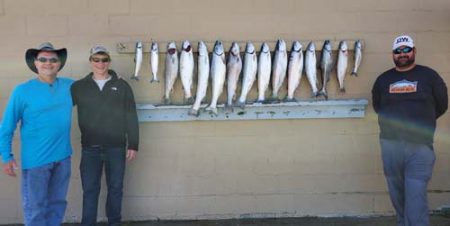